What's been happening at Radius? We actively encourage and support our staff to update and maintain their skills, so we can continue to offer the best services to our patients and referrers. 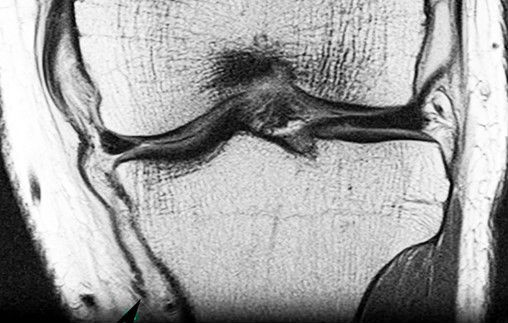 MRI NEWSLETTER: Stener-like Lesion of the Medial Collateral Ligament of the Knee

An injury of the MCL is one of the most common ligamentous injuries of the knee. MCL injuries are graded 1-3, with grade 1 consisting of edema next to the MCL, Grade 2 with abnormal signal within the tendon, and Grade 3 with disruption of the tendon. Most disruptions occur at the proximal end (femoral avulsion) or mid-portion of the MCL. The vast majority […] 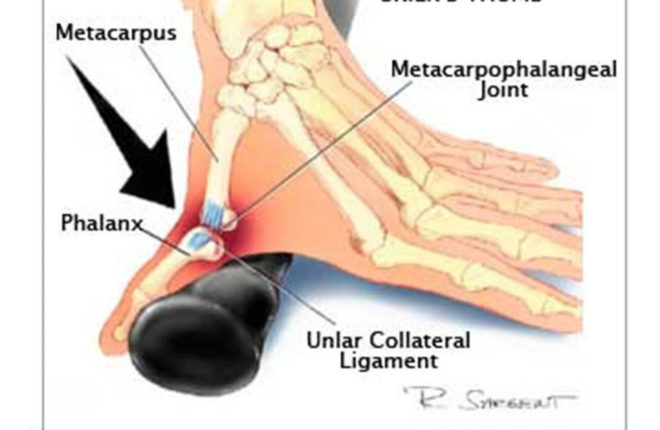 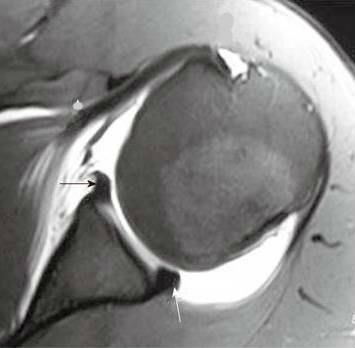 Glenoid dysplasia is a developmental anomaly of the scapula that results in bony deficiency of the posteroinferior glenoid. The normal glenoid labrum is shaped like a wine glass, with the bony margin extending to both edges. In glenoid dysplasia (also called glenoid hypoplasia or posterior glenoid rim deficiency) there is hypoplasia of the posterior bony glenoid. Since the bone is deficient posteriorly, there is […] 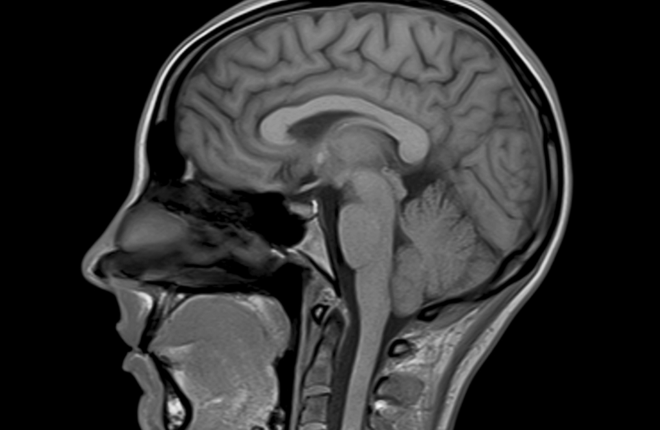 Recent media publications have outlined possible dangers of MRI contrast injections containing gadolinium and it’s potential for deposits in the human body. At Radius we use a macrocyclic contrast agent, a type which is deemed safe due to a stable chemical makeup which results in less likelihood of gadolinium being released and deposited in tissues. More information can be found here: http://www.ema.europa.eu/ema/index.jsp?curl=pages/news_and_events/news/2017/03/news_detail_002708.jsp&mid=WC0b01ac058004d5c1 MRI FAQs Do I […]

Radius hosted an information evening in conjunction with the Corio Bay Sports Treatment Clinic, Director Mark Zampatti and physiotherapists and students. Topics covered included paediatric xrays, and MRIs and ultrasounds of the knee and shoulder. This was also an opportunity to try out our new AV gear, featuring a drop down screen and projector! 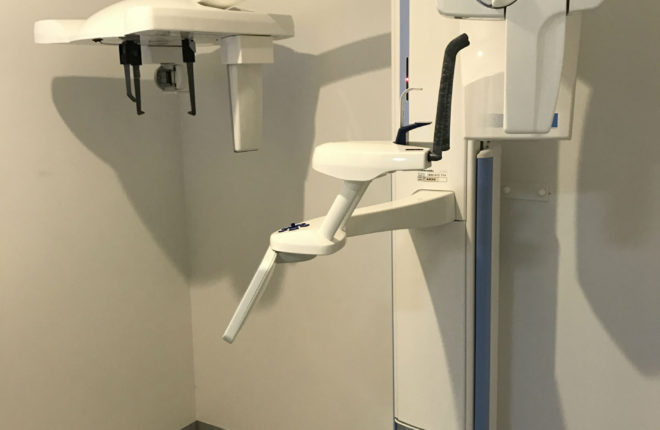 In August Radius installed a brand new digital x-ray machine to provide specialised dental images to look at the teeth, jaw and sinuses. They may be used to assess: Missing, crowded or abnormal teeth Orthodontic treatment Temporomandicular joints (TMJs) OPGs (orthopantomograms) and cephalograms are now able to be performed using this machine, which takes a panoramic picture used to determine the position and relationship […] 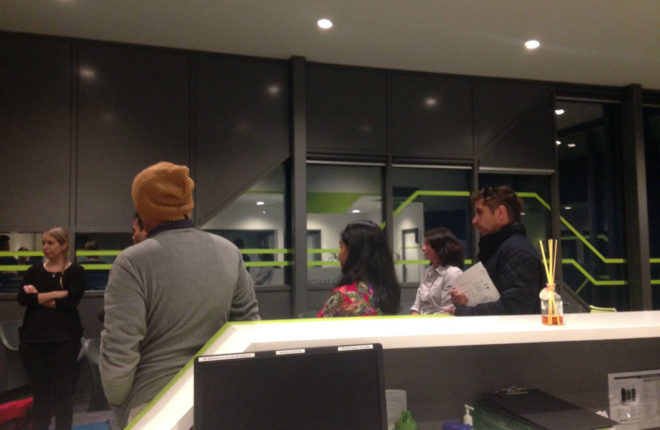 To further our commitment to health care practices and patients in the region, CPR for General Practice was hosted at Radius over several sessions in May and June. These sessions allowed attendees to review their approach to an emergency incident and Basic Life Support techniques. Steve Mulligan from Emergency Healthcare Solutions took participants through their paces with practical use of CPR and applying an […] 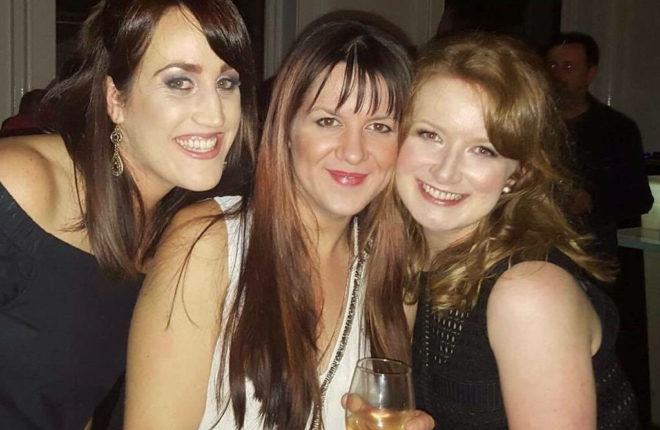 May was a huge milestone for Radius as we celebrated our 1st Birthday! Celebrations took place at Quban in Geelong (featuring medical imaging themed cocktails such as ‘Game of Bones’, ‘Breaking Rad’ and ‘Take a Pitcher’). The night was an opportunity to thank all those who have been involved in the startup and growth of the business over the past 12 months.

Following on from the feedback and success of our recent survey, Radius hosted a Communication Strategies workshop in May. This was offered to all practice staff as an opportunity for continuing professional development. The workshop was presented by Jen Flakemore from Establish Practice Support, an experienced practice manager with over 20 years experience in the healthcare industry. Jen’s session covered effective communication strategies to […] 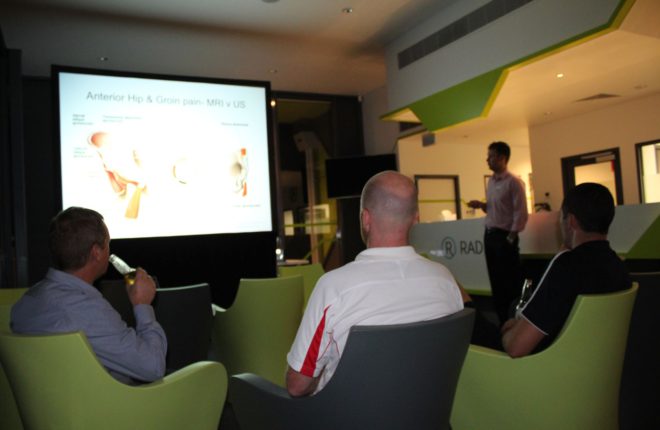 In April Radius hosted two education seminar evenings for podiatrists and physiotherapists. The topics presented by radiologist Dr Ian Revfem and sonographer Stephen Bird were: Dynamic Ultrasound in Diagnosis Image Guided Nerve Blocks Anterior Hip and Groin Pain – Ultrasound vs MRI Stephen is a passionate and experienced educator who made his second visit to Radius from interstate to share his expertise in vascular, small […]